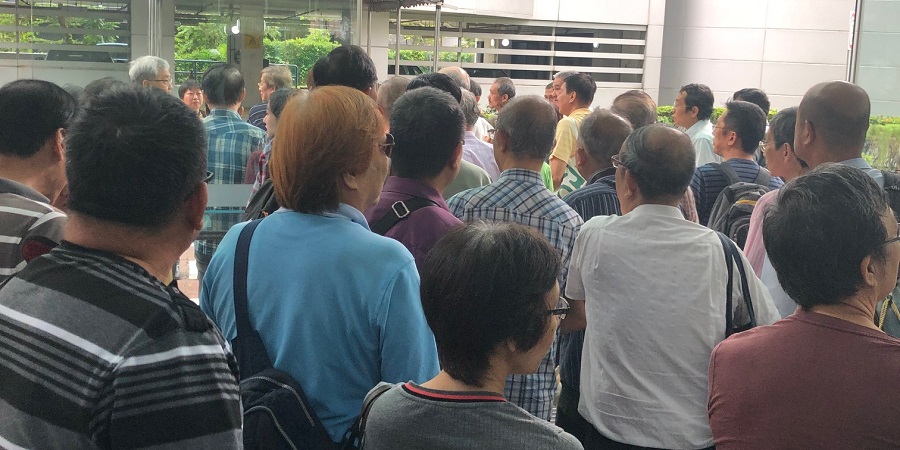 A casual piece on a not so casual day of AGM.

I had the pleasure of attending Company Rhombus’s AGM recently and was pleasantly surprised that it took me almost 5 hours.

Also, I had the honour of listening to a particularly wise individual shareholder who made the 5 hours possible. Seldom would we see or hear critical questions being asked by an individual, well this Uncle is no ordinary Uncle. He has been a long time shareholder and was following Company Rhombus closely.

With pin point accuracy, he asked laser sharp questions on the mismatch of revenue trends vs actual happenings that took place (major customers orders that was announced in the news). He dissected some of the revenue segments which was not required to disclosed in detail. And also highlighted many risks, “on the ground” observations/understanding and macroeconomic factors which may act against current execution based from good intentions.

As he went through his list of questions, you can see how well he did his homework and the level of understanding he had behind the Company’s business. He was reading and deciphering the numbers as if he was in charged of the Company. With every question, he provided his assumptions and understanding of why the results were what they are and what he might do to achieve better and also gave praise and thanks to the management in areas which he thought were done very well.

Nearing the end of the AGM, this wise Uncle asked if the management could give us a tour about the premise, and the management readily said yes. And that’s how the AGM became a 5 hour event, a pleasant one.

I was also pleasantly surprised that the management took many suggestions and feedback positively. Furthermore, for this ad hoc tour of their premise, 3 – 4 team members took time to form groups and bring us, the shareholders, around for a good 2 hour tour.

From the interaction with our “tour guides”, they gave me a better sense of how the business is run, how employees were treated and how they felt working at this Company.

Overall, I certainly felt that they have outdone themselves today at the AGM. Kudos to the management team.

1. How many companies are willing to show their shareholders what they do at an ad hoc notice?
2. What does it show when they are able to readily take on such a “challenge”?
3. How many of us read an Annual Report as deeply as this wise Uncle?
4. Do you treat yourself like an owner and therefore spend tremendous time reading your own company’s books and records like an owner?
5. If not, why not?

~ when you have improved 5 million things in your business, you can be sure you would be all over the world