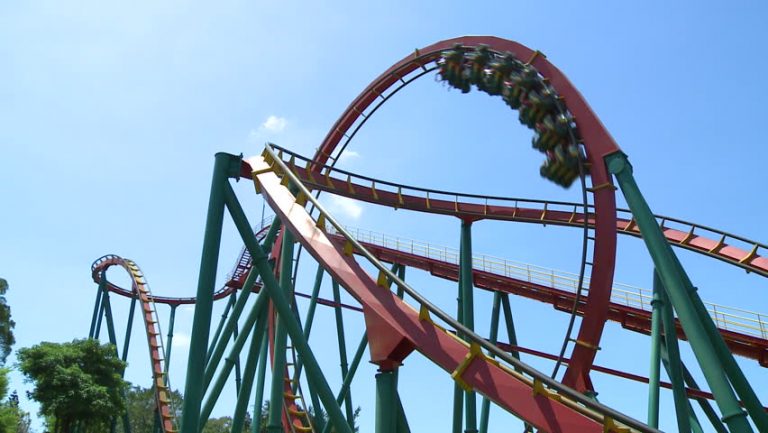 Since we are living in an age of business disruption, where unicorns are asset-light and fast moving compared to old traditional businesses still stuck at their old ways of doing things, should we as investors simply buy into the sexy stories regardless of valuations and sell-off these old and boring businesses now, while we can?

We were invited to Singapore Management Festival last week, where we were blessed to learn directly from keynote speaker Professor Howard Yu, the internationally acclaimed LEGO professor of management and innovation at the IMD Business School in Switzerland, and the author of LEAP: How to Thrive in a World Where Everything Can Be Copied, along with many other business founders and current innovators.

Instead of fretting out and simply selling out, business owners and investors can allow the current disruptive trends to show us where the winners will be in 10 years and beyond. Simply put, Prof Howard Yu shared the idea where traditional business, when they adopt frontier technologies, thereby named the frontier companies, not only do they have a chance to survive the competition, their traditional cash cow business(es) can thrive ever more.

Simply put, consumers already love their age-old and proven products, imagine having an improved version customised to individual customers’ preferences, at a faster speed, and a lower cost! That is actually an age-old recipe in itself, and many worldwide leading businesses had been doing these since at least the eighties; companies adopting IT technology during the 90s and 00s comes to mind.

The new frontier technology circles around the broad themes of Artificial Intelligence (which is really a sexier way of saying machine learning), Big Data Analytics, Internet-of-Things, Advanced Robotics, 5G etc. These are the sexy types of companies that have investors paying through their noses in this “new phase of economy cycle”.

So instead of simply joining this party (which can be expensive in more ways than one), could we invest in frontier companies, cash cow businesses that are number one or two in their field and that are adopting such frontier technologies to stay relevant and to LEAP forward in this disruptive age?

In a similiar perspective, we are of the view that retail is very much alive, but retailers that are not disciplined in their balance sheet choices have been falling rapidly, as are retailers that have failed to evoke relevance to their customers. Toy’r’us filed for bankruptcy protection while Hamley’s experiential stores grow ever stronger. Shoe retailers are closing their shops while Nike’s operations grow ever stronger and it climbs ever higher. In an ultimatum some months back, Nike shared that they will be opening their own frontier retail stores that promises hyper-personalisation of their products, while partnerships with 3rd party distributors that are getting “irrelevant” will be ended sooner than later.

The businesses that you invest in, are they frontier technology adopters, or are they sleepily getting disrupted?

In recent months, we uncovered at least two companies, both of which are seemingly doing the same old same old, yet with a different pack of juice. One is a “dying” Old Gold brand, the other is the world’s largest “entertainment distributor“. Could they evoke increased engagement with their loyal customers and grow ten times from where they are now?

Interestingly, even with the adoption of frontier technologies, success is still not guaranteed, even Professor Howard Yu agrees with us that there is a stronger factor at play, without which technologies is useless – to be continued…