This is the 5th year since Mr P was appointed as CEO of Company E. He was one of the early generals of the company and even spearheaded a new product category and brand in the 15 years he was with the company. However, because the founder went on an uncontrolled M&A streak and diversified into other “sexy” businesses, the business began to lose focus and waddled into huge losses, P decided to branch out on his own and joined a world class company in the same industry.

In the 10 years that Mr P was away, Company E’s board eventually decided to change the CEO of the company and the founder was relinquished of his duties, clearly because the strongman could not lead the public listed company properly. This 2nd CEO was promising in his early days of refocusing and cutting away from unrelated businesses and eventually making E profitable again. However, these efforts were more result oriented and did not improve the business organically from the ground up. In other words, the 2nd CEO focused only on the finance part of the equation in order to “create value” under immense pressure from shareholders, and along the way “create value” for himself too as his salary and bonus were tied to his key performance indicators (KPIs).

This focus of engineering only on the finance end led to E losing trust with their key clients, and as end consumers quickly realised the deterioration in product quality, profits soon began to dwindle. In a desperate search for “growth”, the 2nd CEO soon succumbed yet again to the temptations of “easy money” though acquiring “synergistic” brands and he claimed the company was “expanding within their circle of competence”. It all sounded good and exciting until yet again, the company got itself stuck in a giant ball of debt, goodwill, increased operations yet decreased profits. In other words, the company looked busier but was less productive.

When Mr P took over about 5 years ago, the company was in dire fire-fighting mode, and everyday people were busy yet orders were unfulfilled. Clients were frustrated and the company was on the verge of going to zero. In Mr P’s words, “given I had left ten years ago, I was shocked to still see a photograph of me in the board room!” The value statements lining the hallway were faded and the edges rolled. No one cared about anything anymore except their salary.

Mr P set out on his initial mission all those decades back.

He went back to the drawing board with the product category that he spearheaded and launched new R&D programs to cultivate true inner strength in their product knowledge. Within 24 months, he divested non-core business, cut from about 15 brands down to 3, directed their marketing, production and R&D efforts to only the product lines which they are the best in the world.

The company went about a 180-degrees change; the culture centred around being the best they can be in their mission. Relationships with key clients improved significantly and the business scaled a new high.

When we went to local retailers to check their on-the-ground business, we were impressed – about 75% of the shelf spaces along an entire gigantic aisle (~20 metres in total) were packed by one of their product lines, it was as though the entire category was created by them! On top of that, their quality and packaging easily stands out and were priced at more than 100% premiums to their peers.

Several aisles away, in another product category, they had a “seemingly” mere 10% shelf presence, “succumbing” to two other big brands, but they were still priced at more than 100% premiums to these peers. A close observation tells the difference – the two other brands were competing merely on price and could not care less about their packaging and functional quality where G is leading by a factor of 3 times better. i.e. as an example, figuratively speaking, would you rather buy a $9.90 shirt that can last 8 months or a $19.90 shirt that promotes air flow, is more aesthetically pleasing, and can last at least 5 years?

On meeting with the management, I asked about these observations, and it was then Mr P shared that these two brands are the retailer’s house brands, and G is essentially the de facto manufacturer for them! This means G has direct and unseen influence across ~90% of the two product categories combined!

Since Mr P took over as CEO, G expanded their business in their largest overseas market and grew it by 80% in 4 years. This overseas segment now account for ~40% of their total revenue (was ~25% 4 years ago) and will likely increase in significance in the next 3-5 years.

This year, they won major contracts to critically scale their business in this overseas segment. In one particular win, their products will now be stocked across a major retailer’s entire network whereas previously they only had access to about 30% of the stores. They are also actively engaging current clients to increase their range per store – it will be a gamechanger if they manage to replicate their domestic presence (~75% shelf space) in this larger market. To support this growth, G setup a new overseas distribution facility on top of their current one.

I was fortunate enough to be invited to tour their local production plant, where a new machine was in the last phase of being commissioned and will add significantly to the production capacity of that segment.

After I said goodbye to the management team (they had to prepare for their next immediate meeting), I took time to speak to their kind and welcoming receptionist, Mdm R, and she shared that she has been with the company for 9 years and lived through each of the 3 CEOs, and this is the happiest she has ever been – the company expanded and refurbished the office, business grew properly, people cared about coming to office and doing meaningful work.

Although it seems “stagnant” as far as share prices are concerned, and nothing seems to be happening, we know the people are paddling furiously underneath, we see Company E for the hard work they’ve put in and know it’s a matter of time when they report continued improved business operations. Meanwhile, their current valuation is about 10 times P/E ratio and we can get paid ~6% yield while waiting for their potential growth. 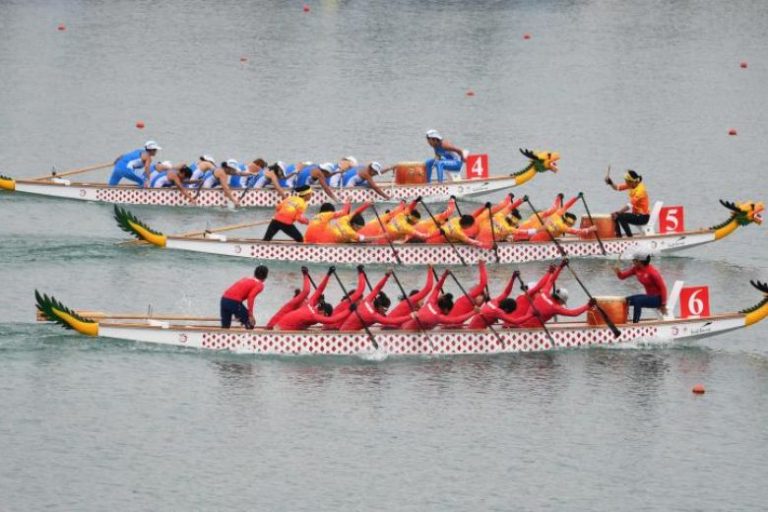 "When the team puts in focused and concerted efforts in paddling uniformly, the dragon boat can only scale forward."
Jackson Yeow